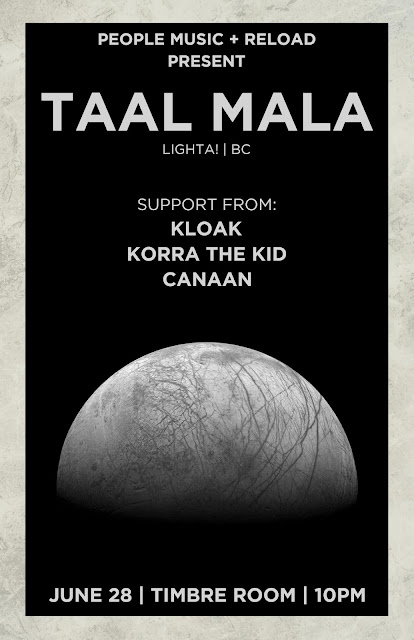 Kloak
+ getkloaked.bandcamp.com +
+ soundcloud.com/kloakmusic +
+ facebook.com/kloakmusic/ +
+ twitter.com/getkloaked +
Eric Ulvog - Seattle WA, formerly EMU of the SMOG dubstep crew out of Los Angeles. Now producing and DJing multiple styles of music, he is still grounded in his deep dubstep roots, and has been pushing bass music culture up and down the West Coast and beyond for 17 years. He has recently started a digital label and production entity The Foot.

Korra The Kid
+ soundcloud.com/korrathekid +
+ facebook.com/korrathekid +
+ Bellingham - WA, Underground Transmissions, Deep N Bass +
Korra the Kid has entered the bass scene at an unheard of speed since her first club performace after her 21st birthday last May. As Deep N Bass's youngest resident DJ, she specializes in liquid drum and bass and halftime, but her long history in music and mixing has let her become a DJ who is fluent in the many genres of underground bass. After sharing the stage with big name artists such as Spectrasoul, Chimpo, Truth, Holly, and more, Korra the Kid has become a name synonymous with clean, quick transitions and unique mash ups. Having mixed for over four years and performed at prestigious venues such as Kremwerk, Q Nightclub, and The Wild Buffalo, it is clear her mixing style is the product of practice and an understanding of the underground music scene.