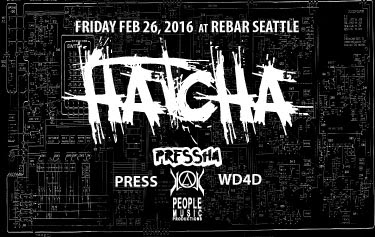 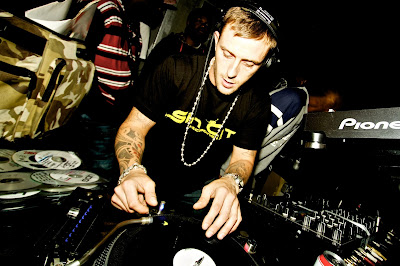 No one DJ or indeed producer can claim sole credit for Dubstep. But when the history of the genre gets told, no DJ has ever had, or perhaps ever will again have so much influence over the course of the genre as Hatcha. It’s no overstatement to say the entire genre bares his stamp.

Hatcha’s roots seep deep back into late ‘90s UK garage, Croydon and pirate radio. Originally the buyer at the now defunct Big Apple record shop, Hatcha was one of the very first DJs to pick up on the new dark strains of 2step that were being made by local producers like El-B, Artwork and Horsepower at the turn of the millennium. As the producers came into the shop to sell white labels of these niche new sounds, a community arose. The shop began its own label, Big Apple Records and its first release was the dubstep classic “Red” by the shop’s resident producer Artwork. The next releases came from his two protégés, Benga and Skream. 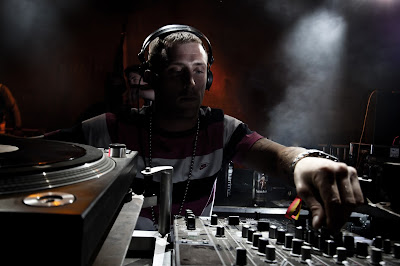 As the garage sounds from south London began to take on their own unique, dark swung direction, it became clear that the nascent scene needed a home. In 2001 Forward>>, dubstep’s founding club, started with Hatcha a resident. It was here he began to up the ante. While other DJs came with a collection of white labels (tracks immanently due for a public release), he arrived with a box of upfront dubplates: unique one-off exclusive tracks. No DJ could test.

Throughout the decade Hatcha’s sets, first on south London pirates then Rinse FM and now Kiss 100, went from strength to strength. His headline slots at Forward>> forged the genre into the form we now know it in. This was in no small part because he had exclusive access to Benga and Skream’s music, before adding three new producers: Mala Digital Mystikz, Coki and Loefah to his arsenal. The destiny of an entire scene lay in his hands, every time he played.

In 2003 he even played a part in naming the genre. Amidst the scene’s key players: the Big Apple camp and Ammunition who ran Forward>> and Tempa, the term “dubstep” (from dubby 2step garage), began being circulated. It appeared in a press release and then on a US magazine cover. Hatcha was then asked to mix the scene’s first compilation that cemented the use of the name: Dubstep Allstars vol 1. He must have done something right: they asked him back to co-mix vol 4.

Who's kinda dubstep vol-4 by Dj Hatcha on Mixcloud

Since those times Hatcha has gone on to hold down his flagship Kiss 100 show alongside long time MC, Crazy D, DJ across the planet, co-produce with a variety of the scene’s heavyweights and mix compilations such as Ten Tons Heavy for Planet Mu.

As the scene he inspired and crafted developed into the worldwide phenomenon it now is, Hatcha toured the world spreading the Dubstep gospel. Over recent years he has played to crowds from America, to Japan, to Australia and across Europe. From the
biggest UK festivals to the best festivals and events around the globe.

On top of DJing, Hatcha has released a host of genre defining productions on some of the world's most innovative and iconic record labels. Currently working on original productions and remixes, Hatcha and studio partner Lost have already remixed UK chart topping singles and acts, setting the sky as their limit. 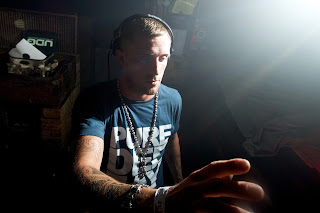 Recently launching his Sin City brand alongside fellow Dubstep don, DJ N Type, Hatcha has gone on to host Sin City events at the UK's leading venues (including their new residency at the legendary Fabric London), as well as release critically acclaimed singles through the Sin City record label. A label which, alongside Hatcha's nomination for best DJ, was nominated for best new Dubstep label at the yearly genre awards.

Through all this, Hatcha has well and truly cemented his name in music history books for his role in creating and continuing to develop the most innovative and exciting genre of the 21st Century.
Posted by People Music at 6:16 AM No comments: