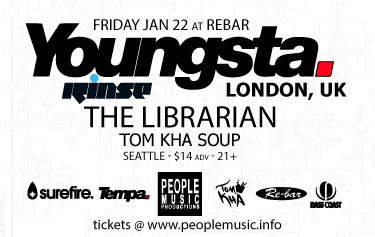 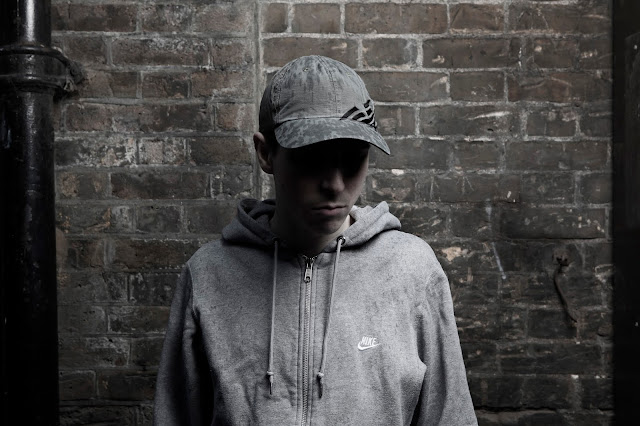 Youngsta should need little introduction. One of the figureheads of dubstep since the very beginning, resident at scene-defining club night FWD>>, and the DJ who first played some of the genre's most-loved anthems, he continues to be a hugely active figure in dubstep's development. His weekly show on Rinse draws deep for new music, helping to expose talented new producers, and the founding ethics that defined dubstep in its early years still remain at the heart of his sets.

"The sound is just me," he says, explaining that he's hesitant to draw a defined line around the music he plays. "It's Youngsta. It's what I've always done. People say it's not changed much, but you can hear progression and change definitely, it's not the same [;as it was];. It's obviously the same vibe, it's going to be deep."

Youngsta was one of the first DJs to play dubstep on Rinse, alongside Hatcha and Kode9, in the early part of last decade. Since he's borne witness to every mutation in the sound, and his shows now find music by brand new producers rubbing shoulders with Tempa artists such as J:Kenzo, Icicle and Proxima. His name is synonymous with the immersive end of the genre, something that's run through everything he's done over the years.

Having been involved with Rinse FM for such a long time, he says, it's hugely rewarding to see how well-loved the station - and the music that he plays - has become. Playing at Brixton Academy especially, he says, was a huge buzz. "It was great to see that Rinse can fill a dance that big, and to be able to play such deep music on such a big scale." 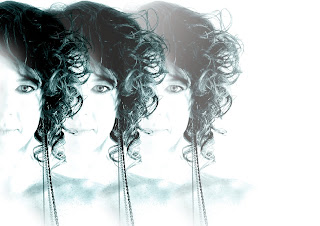 Shhhhhhhh! Andrea Graham is known as the Librarian, but don't be fooled by her deceptively quiet composure. The Bass Coast Music Festival's co-founder and music curator has been making some very loud noises up and down the Pacific Northwest for the better part of a decade. Her knack for blending total dance floor destruction with sly subtleties and hot new exclusives makes for a consistently accessible, yet undeniably future sound. Indeed, her festival's carefully crafted music line-up is a perfect mirror of her style. Serving up a veritable who's who of the West Coast bass scene and reaching deep both backwards and forwards, The Librarian offers up unabashedly hard-hitting low-end bliss paired with thoughtful, sophisticated chops. 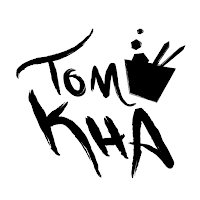 "Tom Kha Soup is a collaborative effort between Seattle-based DJs SHTICKYKEYS and THALO.  Initially inspired by their respective upbringings in dubstep, Baltimore club, drum & bass, hip hop, beat music, and East Coast goonery, the two have translated their love for forward-thinking electronic music into live sets and events that dissolve genre boundaries and create an energy all their own. In addition to their collaborative DJ project, Shtickykeys and Thalo run Tom Kha Productions, whose bi-weekly Spectrum parties have become Seattle's home for underground bass music. Since forming their live project 2 years ago, they have provided support for such heavy-weights as G Jones, Minnesota, Moody Good, AWE, EPROM, Astronomar, DJ Sliink, Om Unit, AK1200, Sweater Beats, Louis Futon, Bleep Bloop, Distal, Hermitude, Branchez, and many others.

Posted by People Music at 4:56 PM No comments: