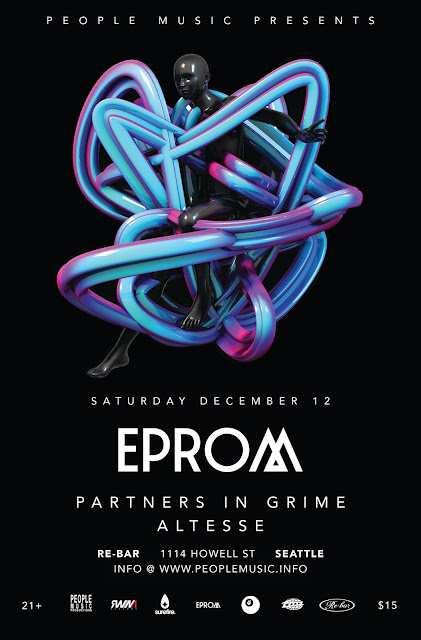 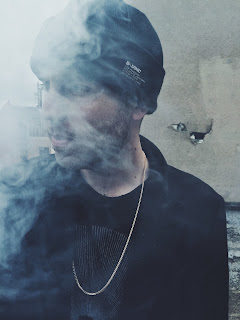 Sander Dennis makes loud music. Unrepentantly blaring, aggressive, brutal, sometimes even macho music. That's not exactly a point of distinction in the exploding American electronic music scene. But EPROM's music is, perhaps paradoxically, also some of the most subtle and inventive of his West Coast peers, meshing the rude with the avant garde. He carefully manipulates each element to a degree usually reserved for the fussiest of minimal techno producers. An EPROM track roars, belches, squeals and shrieks, sounds contorted into frequencies stretched to their limits.


Unlike many of his US brethren, Dennis' music isn't exactly dubstep. In fact, it's more hip-hop than anything else. (He often loads his strange sludgy brew with dirty south rap percussion—snares that slide off the greasy surfaces.) But he doesn't quite fit in there either. His music is too willfully weird to fit a formula. Just take his idiosyncratic obsession with the aquatic, for example. Water bubbles prop up unstable melodies all over his debut album Metahuman. So maybe that's why he's become one of the biggest underground electronic producers in America: Like all of the best music, genres don't encapsulate what he's doing. It's better just to focus on what it feels like, namely unleaded physical power and giddy destruction.

Partners in Grime aka Pressha & Kat1lyst first met in the year 3033. Both had been Stationed on the 12th Planet to explore unknown areas of bass. They first met during a very dark time in the universe known as the Great Skrillex Depression. Working together in the deep coal mines of Noisia is where these two honed their skills.

Pressha being a master of the Abacus and Kat1lyst being highly skilled in the art of Taxidermy these two knew they had no choice but to team up.

Shortly after coming together to form the PiG alliance these two went on to create life changing inventions. Things such as the Fizzy Lifting Drink, Swiss Cheese, The Revolving Door, The Cucumber and the most important thing of them all.. Their 8th mix in a series of mixes.

These two have opened for a huge roster of talent. Sharing the stage with people such as Obama, Merlin, The Girl Next Door, Bunny Sparkle GoGo Festival Goddess, Slush Puppy, Random Henchmen#2, Satan, Tom From Myspace, Season 3 of Teen Mom and last but not least Elton Johns Hairdresser.

We truly hope you enjoy the musical journey that is Partners in Grime.

Rachel Morales, also known as Altesse is a California born, Seattle based DJ whose love for dance music developed at a very young age. She was exposed to various forms of dance music such as Jungle, Drum & Bass, Breakbeat, Trance, House as well as Techno. This exposure has transitioned her becoming a well-rounded, multi-genre DJ. Her DJ resume is a great reflection of her appreciation for various forms of dance music. From sharing the stage with TWRK, and Mayhem at Volume, Alison Wonderland at Q as well as mixing hip hop at Aston Manor. She has landed a residency at Q nightclub on their FWD Wednesday nights, as well as their MADNESS Saturday nights. DJ-ing has been her focus on the forefront. Her goal is to eventually create the music that she loves, so she can deliver the feeling she gets from seeing her favorite artists.

Posted by People Music at 2:41 PM No comments: