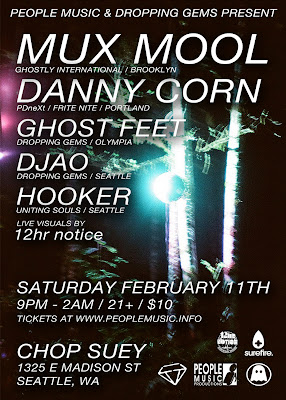 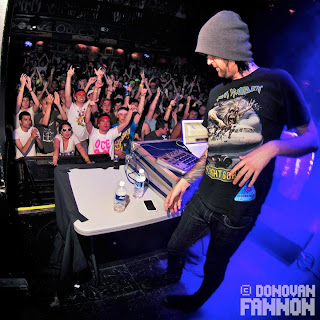 If Mux Mool’s debut full-length Skulltaste rounded up the familiar sounds of NES-generation suburban boredom, Planet High School channels its mid-20-something future self: The older brother a few years out of college, still enamored of all that frantic wackiness, sure, just slightly more even-keeled in expressing it. We’re not talking some major about-face here — Mux Mool’s still dealing in the same shades of chiptune, drum and bass, downtempo and hip-hop that defined Skulltaste — but there’s enough confidence and restraint about Planet High School to make you wonder if maybe, just maybe, Brian Lindgren’s beginning to chill out. You know, a little.

Because really, Planet High School shines brightest in its most relaxed moments. Lindgren’s production goes all buttery and smooth here, with tracks like “Ruin Everything” and the prancing two-step staccato of “Palice Chalice” building effortlessly into a labyrinth of beat and bass. There’s something almost Royksopp-ish about the way these harmonies weave through each other, even the harsher, bitcrushed arpeggios of “Raw Gore”; it’s that instant emotional connection of notes to nostalgia, a tough-to-define atmosphere shifting its mood with every measure.

‘Course, this being Mux Mool and all, that mood often shifts into sheer sonic overload. The back-and-forth breakbeats of “Live at 7-11”, that wicked wobble in “Get Yer Alphabets (Guns)”; this is where Planet High School sends your head spinning, goes vertiginous in all its ramped up excitement. It’s that iconic Skulltaste vibe, only here it’s treated as an accent to the album’s pacing rather than its heavy core. You might wonder how you got from point A to B, but rest assured: Planet High School always spins you back around to center. Just like a good older brother should.
http://mishkanyc.com/bloglin/2012/02/08/review-mux-mool-planet-high-school/

For over 17 years, Danny Corn has been on the vanguard of electronic music, leaving the trends to other people. As a DJ, he is known as an instrumental player in the formation of the "west coast" sound. Over the years Danny Corn has traveled extensively and played with just about everybody who has made moves in the scene. A champion of syncopated, bass heavy music, Danny Corn rides the edge of experimental sounds, whilst staying firmly committed to the dance floor. Portland, OR has found Danny Corn taking time to channel all of his experience into music production. His current sets are a eclectic mix of originals, exclusives and personal favorites.


Ghost Feet is an electro-acoustic duo composed of Calvin Erdal and Rachel Dubuc. The release of their debut EP Wires and Chords on Dropping Gems has introduced a world of listeners to their brand of glitchy head-nodding ambiance. Receiving coverage and acclaim from notable sources all over the internet, including XLR8R and Resident Advisor, Wires has demonstrated the spectrum of emotions the duo are capable of commanding. Their live show takes things a step further, introducing audiences to a full experience sometimes only implied on record. As Calvin recreates the busy percussion and Rachel strums out dusky melodies on her guitar, the tones and rhythmic shape of their music take on a massively visceral quality. The effect on the members of the audience is clear to anyone in attendance: dancing and hypnosis, to be found in equal measure. 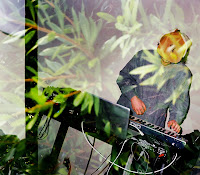 
Seattle native DJAO, aka Alex Osuch, has been a DJ for over a decade, but the last two years have seen him shift focus towards his work as a producer. It began at the in-office studio of a former employer, where he was permitted to come in after-hours and hungrily experiment late into the night. It’s been in the past year, however, that his music has really begun to take shape and flourish. After joining up with Dropping Gems, Alex began to produce in earnest, and his live performances have since evolved on a nearly show-by-show basis. His music covers a wide swath of the electronic spectrum, with no ultimate plan to settle on any single style. Instead it exemplifies the progressive tradition of mixing elements from different disciplines into a cohesive whole, in service to a central harmonic vision.

Posted by People Music at 10:54 AM No comments: 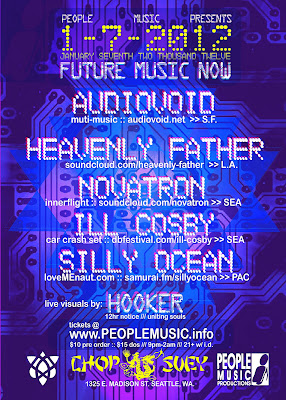 The “audiovoid” sound is generally thick, edgy, and heavily psychedelic. Focusing mostly on (but certainly not limited to) breaks and midtempo/glitch-hop oriented sounds. While the “LayerZ” sound has been focused heavily on the vibe of dubstep inspired material. However, as the name suggests, it is usually anything but sparse. generally cramming several twisted layers of lush melody, intricate sound design, and unexpected change-ups into the mix.

From early involvement in Metal bands at around the age of 12 to the eventual journey towards IDM, Techno, Psy-Trance, D&B, Breaks, and Electro, L.G. was never limited to just one genre. Groups like ‘The Orb’, ‘NIN’, ‘MBM’, and ‘Art of Noise’ were also early influences. In 1998 he began djing and within another year was diving diving head first into full on electronic audio production. In 2002 eighty minutes of material from various demos and musical sample mashup/experiments were compiled to form his first (Now Out Of Print) full length CD, “Twilight Machine” which was Only available in ‘Physical Cdr’ form at Amoeba Music. In 2003, Ultra Records nominated him a top finalist for a remix he did of Sasha’s ‘Wavy Gravy’. In 2004 he released “”Disconnect Yourself” on MDEX Recordings and has more recently released some Mind Bending Breaks, IDM and Dubstep on Muti Music as well as the “Online Only” album titled ‘Whispers From ShadowZ’ on the “Addictech Records” Label.


Heavenly Father - LA
People Music egretfully announces that HEAVENLY FATHER will NOT be able to attend due to a lost luggage situation on an international flight last evening. Heavenly Father feels awful for missing the show and extends a heartfelt apology to the people of Seattle, and promises to make up the show at a later date in the very near future. 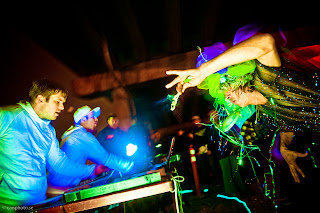 SPLATINUM  is the collaboration of Andrew Luck and Adam Houghton. Their musical output spans genres but the common element of devastating low-end threads through every composition.
Their recorded output is matched by a hyperkinetic live performance that pushes the envelope of electronic improvisation and showmanship. Combined with their flair for the dramatic and crowd interaction their shows pulse with enthusiasm and energy.

“Luck and Dosadi’s rhythms and bass frequencies slug and surge with a thrilling high impact”
“every sound seems to be massaged extensively and genetically tweaked to maximize grimy bling-osity,  coating the tracks in high-gloss soot” – Dave Segal, The Stranger

NovaTRON is not just music, it's a way a life~

The sonic wizard that exists on this Earth as NovaTRON (aka the Breakbeat JEDI) is a designer of musical experience that defies all categorization. An animal like no other, NovaTRON creates completely original beats that are improvised on the fly on the 'TRON Box', a self-constructed constellation of audio hardware... The music born from the marriage of the mind of a mad scientist and the TRON Box is a unique symphony of breakbeats, a reality twisted into a science of experimentation that combines to form an aural experience that can only be lived in the present.

NovaTRON’s organic live sets capture the ephemeral nature of art and existence and strap it down with a thick layer of bass before letting it go on it’s way out to the world and into your body. His beats take you on a trip through multiple realms of reality with a professor of phunk at the helm NovaTRON is a master of the moment who continues to push the limits of electronica with each and every new set.

Ill Cosby is a Seattle-based DJ/producer and the head of the Car Crash Set record label. Since 2009, Car Crash Set has been releasing a steady stream of cutting edge bass music from both local artists and artists from around the globe. Car Crash Set has released music by Distal, C.R.S.T, Gremino, Cedaa, 214, Cardopusher, and others and has released remixes from the likes of Girl Unit, Dubbel Dutch, Jam City, Kastle, VVV, Om Unit, and more.

In 2011, Car Crash Set released “No Northwest”, a compilation highlighting producers based in the Pacific Northwest. As a DJ and host of a radio show on England’s Sub.FM, Cosby brings a broad spectrum of electronic music to the function, touching on elements of dubstep, UK garage, electro, house, and beyond. Cosby is a veteran DJ who has played alongside acts such as Pearson Sound, Rusko, Ikonika, Addison Groove, Drop The Lime, Nguzunguzu, and many others.

There are only a few that have gone where there are no roads, one of those space cats would be JAM mOatZart ( siLLy oCean ), who has silently been stalking the bass coast EDM scene as a kryptic beat meister and cymatic sonic storyteller using native digital instruments from the likes of his infamous eyeSOAR studios since the dawn of the 21st century.
Latest tracks by DJ siLLy oCean

siLLy oCean has recently sprung a leak across the globe on internet radio stations including the post shows on www.samurai.fm/sillyocean with listeners in over 100 countries and this heat wave continues to grow with each mix show that has been released for the past several weeks...

Sounds of deep soulful bass driven underground silly pop glitchy breaks that might burn the house down. expect siLLy oCean to be breaking free from conventional methods that will sit you up & stand you down on a roller-coaster tempo of sure fire & a few nice wave of surprises...
Posted by People Music at 7:30 PM No comments: